Organic food is produced using organic farming methods without synthetic chemicals such as human-made pesticides and fertilizers. Organic food does not contain genetically modified organisms (GMOs). So, it does not include artificial food additives such as artificial preservatives, sweeteners, coloring, monosodium glutamate, or flavoring. Organic foods include fresh produce, dairy, meats, and processed food such as drinks, crackers, and frozen meals. Organic farming can be done on a small scale or large scale. 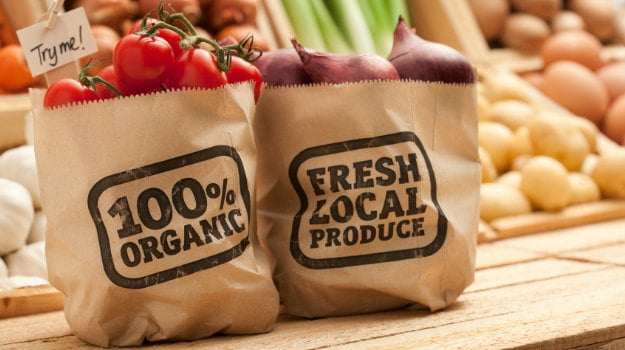 Organic food is being widely consumed due to the presence of high content of nutrients in it. Organically grown food can have around 69% higher antioxidant levels than inorganically grown food, as organic plants produce more protective compounds than inorganic plants. Crops grown using organic farming contain more antioxidants, vitamins, zinc, and iron.

The demand for organic food has increased significantly with rising awareness among consumers regarding the importance of a healthy diet. Changing lifestyle and the increasing prevalence of chronic diseases such as obesity has led to many people opting for a gym. It has increased the demand for highly nutritious and organically grown food products.

Changing consumer behavior coupled with rising per capita disposable income is likely to propel the growth of the global organic food market at a significant rate during the review period. Increasing consumer concerns about the adverse health effects of consuming food grown using chemicals and artificial preservatives are also driving the demand for organic products across geographies.

Packaged organic food & beverages consumption has increased substantially due to changing lifestyles and long working hours, particularly in developed countries. Convenience and time saving are other important factors driving the consumption of packaged food products. In addition, government initiatives aimed at promoting the consumption of organically grown crops due to rising health issues are also expected to bolster the market growth in the coming years. Governments across geographies have issued specific guidelines restricting pesticides, chemicals, growth hormones, and other chemicals. For instance, the government of India is offering incentives to cultivators of organic food products under the National Horticulture Mission (NHM) to encourage the adoption of organic farming.

Consumers buy most organic food products from offline distribution channels such as supermarkets, specialty stores, and franchisee stores, as it helps them buy fresh produce. However, with the rising penetration of e-commerce players or companies offering products to targeted consumers online, the preference for online distribution channels is likely to increase in the coming years.

Additionally, increasing funding for organic research studies is expected to support market growth substantially. For instance, as per the Organic Farming Research Foundation, the United States Department of Agriculture’s (USDA) funding for organic agriculture research is likely to increase to around USD 50 million annually by 2023.

The market can be categorized geographically into North America, Latin America, Europe, Asia-Pacific, and the Middle East & Africa regions. North America held the largest market share in 2021 and is expected to continue its dominance in the coming years. The regional growth can be attributed to the presence of fresh and high-quality organic produce in the country. The high adoption rate of organic farming on account of the prevalence of supportive government policies in the US is driving the regional market growth. Organic is the fastest growing sector in the US. Around 5.7% of the food sold in the US is organic, as per healthy food industry statistics.

Europe is another critical region driving the growth of the organic food market. Organic farming in the EU covered around 14.7 million hectares of agricultural land in 2020, corresponding to 9.1 % of the total utilized agricultural area (UAA).

The adoption of big data analytics across businesses has increased significantly with rising awareness about its benefits. Businesses can gain significant value from the data sets captured by the organizations.
FMCG

Plant-based protein is the protein that is derived from...
Food & Drinks

The adoption of big data analytics across businesses has increased significantly with rising awareness about its benefits. Businesses can gain significant value from the data sets captured by the organizations.
FMCG

Plant-based protein is the protein that is derived from...
Food & Drinks

Hydroponics is the process of growing plants indoors without...
FMCG

Plant-based protein is the protein that is derived from plants. Plant protein sources include nuts, whole grains, beans, tofu, soy, peas, and seeds. Some...
Read more

Hydroponics is the process of growing plants indoors without the use of soil. All the necessary nutrients required for plant growth are supplied through...
Read more

Controlled environment agriculture (CEA), also known as indoor farming, is a practice of growing produce in a closed ecosystem. It reduces the threat of...
Read more