by Jason Lee
in Crypto, News
0

In 2008, Satoshi Nakamoto, a computer scientist, made the initial proposal for bitcoin. This digital currency’s primary function has been as a means of exchange that is not regulated by a single central body. Cryptocurrency miners provide secure electronic transactions by encrypting each and every bitcoin using sophisticated mathematical techniques. Although it is a legitimate usage, Bitcoin is the first cryptocurrency with the biggest market capitalization.

Bitcoin’s virtual nature implies that it does not generally have a physical form. As a result, a reasonable representation of a Bitcoin is most likely a computer file saved on a personal computer or in a digital wallet via an internet service. However, the simple virtual nature of Bitcoins should be qualified. 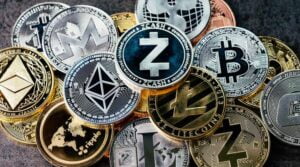 As per the Report, The global cryptocurrency market was worth USD 1.69 billion in 2021 and is predicted to increase at a 7.2% CAGR during the forecast period. The significant growth can be ascribed to the increasing need for platforms that allow for the trading of such currency.

The expanding number of bitcoin users has a substantial impact on the global cryptocurrency market. According to crypto.com, the total number of cryptocurrency users worldwide will reach 106 million in January 2021. (a supplier of crypto exchanges). The increased number of bitcoin exchange service providers, the adoption of DeFi, and the growing acceptance of cryptocurrencies by financial institutions around the world are all factors leading to the increase in cryptocurrency users. Government measures to build blockchain payment gateways are expected to drive the global growth of the cryptocurrency business. For example, in 2019, the UAE Ministry of Community Development collaborated with the Dubai Blockchain Center to develop a Blockchain payment gateway.

Adopting a crypto asset as the primary national currency entails major risks and is an unwise shortcut. Such threats to macro-financial stability, financial integrity, consumer protection, and the environment are discussed by Adrian and Weeks-Brown (2021). For the time being, the likelihood of such a situation developing due to a choice of consumers and companies is minimal in most nations, because the value of non-stablecoin crypto assets is too unpredictable and unrelated to the real economy to become the primary unit of account. However, such a scenario might occur in nations with weak monetary and exchange rate regulations, where the risks associated with the usage of volatile crypto assets are still a relative improvement over current policy.

Increased demand for crypto assets may promote capital outflows that impact the currency market. Crypto exchanges are critical in allowing the exchange of local cash for crypto assets and vice versa. Natural demand and supply for conversions can quickly go out of balance. over the crypto asset markets’ 24-hour trading period Some market makers must supply liquidity by trading more liquid pairings (such as US dollar-Bitcoin and US dollar-local currency) to decide the price of the less liquid pair in order for markets to clear (local currency–Bitcoin). This sort of triangle arbitrage is typically enabled by institutional participants who have access to greater pools of liquidity in marketplaces where domestic retail participants do not exist (for example, offshore funding markets). When domestic demand for crypto assets becomes significant, these institutional investors can operate as conduits for converting crypto asset demand to capital outflows via the exchange rate market. The recent high increase in trading volumes of crypto assets versus various emerging markets and developing economy currencies may have caused exchange rate market spillovers.

When bitcoin was first released in 2008, its cost was less than one dollar. The majority of the other digital currencies on the market have also adopted this pattern.

Numerous economists concur that the inevitable outcomes of the capitalist system are economic crises, crashes, and bubbles. Without a doubt, given technological advancements and breakthroughs, the capitalist system would produce fresh bubbles similar to the cryptocurrency bubble. The fundamental demand-supply pricing structure underlies the valuation of many digital crypto-currency, which can be exchanged against many physical currencies and is now more efficient and robust thanks to sophisticated programming algorithms. Cryptocurrencies typically exhibit higher degrees of volatility than conventional physical currencies because of issues including the absence of inherent value and market rules. This circumstance shows that it is more prone to speculation, which leads to speculative bubbles.

Cryptocurrencies, on the other hand, act as a cutting-edge marketable “virtual asset”. Instead of nation-states or central banks, the internet’s anonymity grants it certification. As a result, it is decentralized, and because there is no third-party agent, such as a bank, transaction costs are low. Additionally, blockchain technology is the underlying mechanism that, with the help of the miners, maintains a safe and verifiable record of all previous transactions (programmers maintaining the system).

While equities are typically traded inside the nations in which they are formed, cryptocurrencies have a global reach and are drawing more investors from all over the world. Blockchain is the mechanism taking on the tasks assigned by centralization, unlike stock markets that are supported by banks and governments. Cryptocurrency markets are decentralized and have no central authority; they have few (if any) laws. Investors worry that the lack of centralization is a problem. Because investors do not view the cryptocurrency market as secure as a stock market, which is supported by strict laws governed by governments and banks, this condition leads to increased volatility rates.

Since stock markets are regulated, they are less susceptible to market manipulation than cryptocurrency markets. The bitcoin market is a better playground for those who want to periodically speculate on price in the face of the FUD (Fear, Uncertainty, Doubt) phenomenon. Investors in stock markets must pay a percentage of their investment as brokerage fees, taxes, transaction fees, and transfer fees. In contrast, these expenses are either nonexistent or minor in bitcoin marketplaces. Investors may find this reasoning more compelling, which would cause the market to become significantly more turbulent.