The US Food and Drug Administration banned the sale of all products sold by Juul. One of the country’s top electronic cigarette companies. They did not have enough data to be sure that marketing them was appropriate for the protection of public health.

Juul said it would challenge the FDA’s ban on flavored electronic cigarettes, which came after other recent anti-smoking efforts by the agency. The FDA has recently announced plans to reduce the amount of addictive nicotine allowed in cigarettes. The agency banned fruit flavors a few years ago, helping make Juul a phenomenon among teens.

Juul, a company based in California, has established a new alternative to tobacco cigarettes. This alternative is called Juul. For a Safer alternative to smoking, Juul has designed their E-cigarettes. Juul has made a name for itself with its sleek, simple design and ease of use. Although the company has denied that it is a marketing company, there is still a lot of controversy surrounding Juul. However, People also criticized Juul for producing cigarettes demand for Kids. 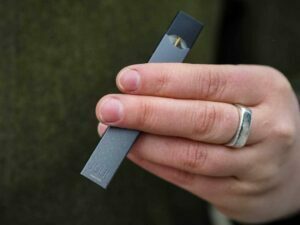 The use of e-cigarettes by more than a quarter of high school students has raised the alarm against products containing high nicotine concentrations. The FDA then required companies to submit their e-cigarette products for approval.

The FDA said it had not received any information to suggest an immediate danger. It also noted that Juul, reviewed products, had between 3% and 5% nicotine levels.

The US government said Juul’s products attract youth to nicotine, so Juul e-cigarettes are banned. The move comes after a Reuters investigation found that the company was deliberately targeting young people who may not know that the product contains nicotine. Juul said it would seek a stay of the ruling, allowing it to continue selling its products. At the same time, it explores options, including an appeal.

The FDA’s findings and decision are “disappointing but not surprising,” according to Joe Murillo, the chief regulatory officer at the firm. The company has provided enough information and data based on high-quality research to address all issues raised by the agency, he said in a statement.

We’re continuing to explore our options, including appealing the decision and engaging with our regulator. We are exploring all legal options to prevent this from happening and asking the FDA to stay.

“We continue to help the millions of adult smokers who have successfully used our products to move away from combustible cigarettes, which are available nationwide,” he added.

Juul has already come under fire for its marketing practices for teens and tighter restrictions dealing with flavors. It has also faced international restrictions on expansion outside the US.

As of May 2018, the US Food and Drug Administration released a new regulatory framework for the tobacco industry, which includes a plan for the cigarette industry to sell off to private investors. With the new framework, there is a change in the tobacco industry, with Philip Morris International and Reynolds American merging to form Altria Group Inc.

Shares of the firm fell 9% on Wednesday after the Wall Street Journal reported that the tobacco giant is planning to ban menthol cigarettes. Altria Group, a tobacco company that took a 35% stake in the company in 2018 for more than $12 billion, has been thrust into writing off most of its investment value.