The government today cut windfall tax on diesel and petrol for domestic consumption. It raised the levy on domestic crude oil to reduce the burden on consumers.

The government on Tuesday increased the tax on domestically produced crude oil to Rs 17,750 a Tonne from Rs 17,000 a Tonne, sources said. I see the move as an attempt to boost local production, which has been sluggish in the past few months.

The government has revised the windfall tax rates on diesel, aviation turbine fuel, and kerosene while lowering the export tax on diesel and aviation turbine fuel in line with the softening of international petroleum product prices. The move will benefit the domestic and export sectors, including the Indian Oil Corporation, Hindustan Petroleum Corporation, and Bharat Petroleum Corporation. The Indian Oil Corporation is the country’s largest fuel retailer and has a market share of 42%.

The Central government has revised its windfall tax rates on fuel export and domestic crude oil. The rates for fuel oil exports are now set at 20%, diesel and petrol exports at 40%, and liquefy petroleum gas at 20%. The fixed rates will come into force from August 3. 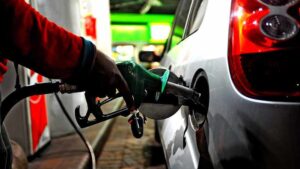 To boost the domestic diesel market, the Central Board of Excise and Customs (CBIC) has cut the levy on diesel to Rs 5 per liter from Rs 11 per liter earlier. In its notification, the government has reduced the diesel levy by Rs 7 per liter. In addition, it also scrapped Rs 4 per liter on the export of aviation turbine fuel. A big boost for the auto-fuel segment.

While international oil prices have been on a roller coaster ride recently, the Central government has revised the windfall tax rates for oil producers and refiners.

The Indian government has revised its windfall tax rates on crude oil production, announced on July 1. From July 1, export duties of Rs 6 a liter ($12 a barrel) levy on petrol and ATF, a Rs 13 a liter tax on export of diesel ($26 a barrel), and a Rs 23,250 per tonne windfall tax on domestic crude production ($40 a barrel).

On July 20, my government scrapped the Rs 6 a liter export duty on petrol and cut the tax on the export of diesel, jet fuel (ATF), and domestically produced crude. They also reduced the tax on oil to Rs 17,000 per tonne.

The Centre has changed the windfall tax rates to 20% for all the companies, which is a big boost for the ATF and diesel exports.

The Centre has increased import and export duties on liquid diesel and raw sugar to check the growing trade deficit. The government has clarified that the move is temporary and will review the decision every fortnight.

The levy on domestically produced crude oil has risen with a marginal increase in international crude prices. We have revised it in line with global oil prices.